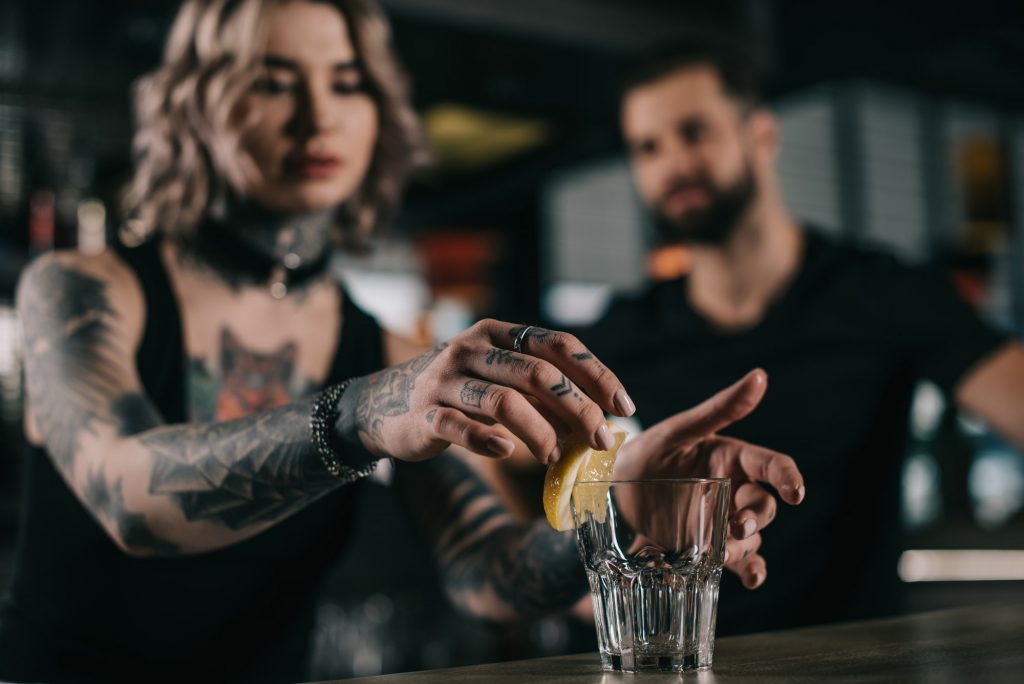 If you’ve ever set foot in a bar, you’ll have heard certain terms thrown around by customers and bartenders alike. Phrases such as “on the rocks”, “straight up”, and “a dash” are fairly well known by most. Yet there are plenty of mixology terms that bartenders and hobbyists in cocktail mixing should know.

As mixologists or professional bartenders, we need to be able to follow recipes and instructions quickly and easily, so we can deliver our guest their thirst-quenching, delicious drink.

Often, these instructions will use mixology terms to describe measurements, ingredients, or options for making a drink based on your guest’s preference. For example, if they prefer only a small amount of mixer.

Those of us who are really ambitious, may want to make our mark in the bartending and mixology world. We may enter competitions or join mixology clubs nearby so we can mix (pun intended) with like-minded drink artists. If we do this, we need to know our mixology lingo, or else risk looking like an amateur.

Of course, if you’re just started a new bartending job you’ll also need to be familiar with all of the words and phrases customers may use to ask for their drink of choice.

So, with this in mind, we’ve pulled together every single bartender and mixology term we can think of so you have a handy go-to dictionary.

If you’re new to mixology and cocktail-making, you can use this list rather than endlessly Googling, ‘what does [enter mixology term here] mean?’.

Have we missed any mixology terms you’ve come across while practising your skills or visiting a bar? Shout them out in the comments below and we can add them to this list!

READ NEXT: The Must-Have Cocktail Ingredients For Entertaining At Any Time